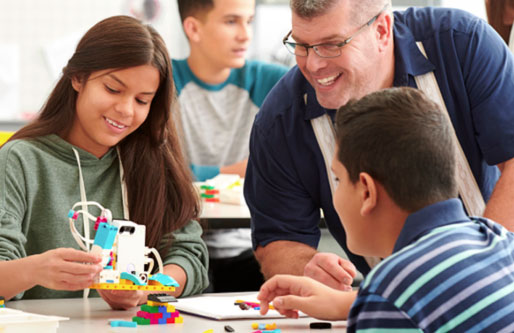 LEGO® Education has been collaborating with educators for more than 40 years to provide engaging learning opportunities that bring concepts to life in the classroom and make learning enjoyable and effective. A broad range of tangible and digital educational tools are available to students to help them think creatively, reason logically and unleash their potential to create the future they want.

Targeted at preschool, primary, and middle schools in UAE, our teaching and hands-on learning solutions encourage interest in Science, Technology, Engineering, Arts, and Math (STEAM). These are based on the LEGO® Education system, which combines digital resources and curriculum-related content for enjoyable learning. 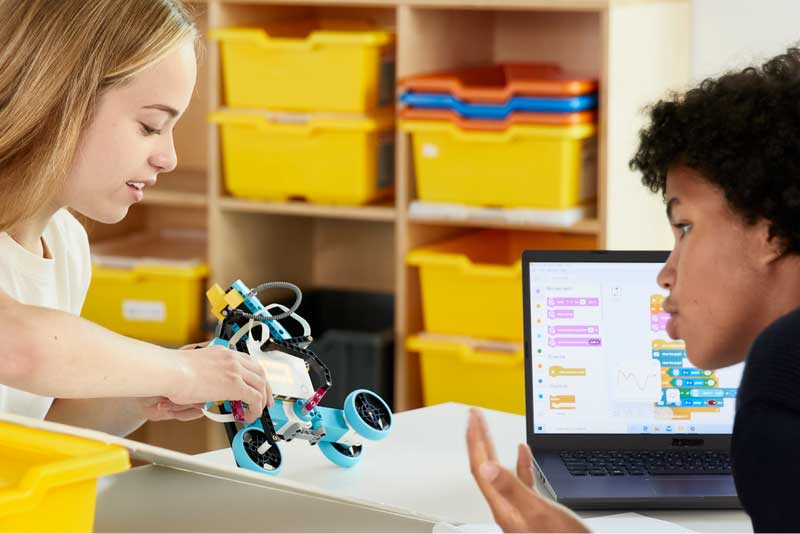 Physics is the science that focuses on how matter is organized and how the building blocks of the cosmos interact. In its widest definition, physics (arrived from the Greek word physikos) deals with all facets of nature, both on a macroscopic and submicroscopic scale. The nature and genesis of gravitational, electromagnetic, and nuclear force fields are all covered in this scope of study along with the behavior of things when subjected to certain forces. Its end goal is the establishment of a small set of comprehensive principles that unify and explain all of these many events.

The science of mechanics is concerned with how objects move when they are subject to forces, including the unique situation where an object is at rest. The forces that bodies exert on one another are the primary concern in the problem of motion. The resultant nature of such forces at play leads to the study of subjects like gravity, electricity, and magnetism.

Given the forces, one can look at how bodies move when they are subjected to those forces; this is the field of mechanics. LEGO® Education covers all sorts of topics in mechanics including motion, buoyancy, tension, and much more.

All the hydrostatic forces acting on a boat in the water together create buoyancy, which is the upward force. As the depth of the water pressure increases, the horizontal components work in opposition to one another and cancel each other out on the unit areas of the ship’s sides and bottom. Buoyancy varies with the density. For example; In the Middle East, a vessel floating in the Gulf of Aden will have a different buoyancy than the same vessel floating in the Gulf of Oman.

A force pair acting at either end of a component might be referred to as tension. When thinking about a rope, every component of the rope, excluding the ends, experiences tension force in both directions. Along with the force from the connected weight, the terminals feel tension on one side.

What are the types of motion?

Motion may be characterized as a shift in an object’s location with regard to time. Motion may be referred to in a variety of different scenarios, such as a book falling off a table, water running from a faucet, rattling windows, etc. There is motion even in the air we breathe due to inhalation and exhalation! The universe is a moving thing. The cosmos in which we exist is always in motion. Atoms, which are the building blocks of all matter, are always in motion. Motion of some kind underlies every physical process in the cosmos. Motion is present, whether it is quick or gradual.

Objects traveling in a single plane of space relative to time. Example: A car going in a straight line from Dubai to Abu Dhabi.

Objects traveling in two planes of space in a Circular path. For example, a satellite circumnavigating the GCC from space would be in Rotational motion.

Any kind of motion that is active with a fixed time period would be defined as an oscillating motion.

Using hands-on learning using LEGO® Education kits for physics can be both fun and educational for your middle or high school learners.