States of Matter: Different States and Its Properties 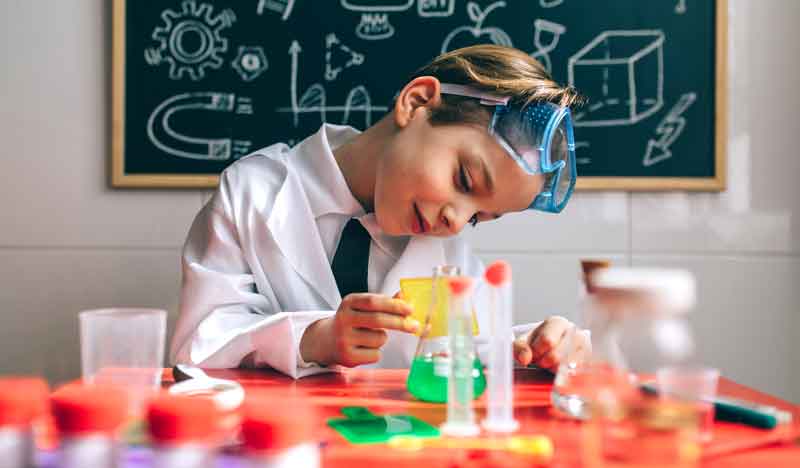 States of Matter: Different States and Its Properties

You must have observed that matter changes form which converts water into vapor and ice into water. Why does this happen? Changing states of matter occur when matter absorbs energy or loses energy. The atoms in the substance act upon the external stimuli which compel it to change form. An increase in kinetic energy leads to the atoms moving away from each other and thereby changing the state of matter.

What are the different states of matter? We are aware that there are three states of matter; solid, liquid, and gas. In the solid-state, atom molecules are tightly packed against each other and hence the substance is more compact, having great intermolecular strength. In a liquid state, the atoms are slightly spaced between each other and hence the force of attraction is lesser than that of solid-state. In a gas state, the atoms are far apart and thus have very little force of attraction.

To summarize the above, you can say when there is a change in pressure or temperature of a substance, its state of matter also changes.

Change of state from Liquids to Solids:

How do you convert water into ice cubes? The process is simply by filling the tray with water and then putting it in the freezer. But do you know what magic happens behind cool doors?

When you place the tray in the chiller section, a transfer of heat occurs between the cool air in the fridge and the warm tray. Water in the tray loses its heat due to the cool temperatures within and the molecules become more compact due to the force of attraction. This process continues till the atoms become very compact, leaving no more space and getting fixed in one position. This is when water becomes ice. The temperature at which water gets converted into ice is called the freezing point.

Change of state from Solid to Liquid:

Now if you take the same ice cube and expose it to outside temperature by leaving it on a plate in a warm room, the cube will melt. The warm air is absorbed by the cube and this energy forces the particles to separate from each other, thereby the ice loses its fixed position. In this way, solids change to liquids, and the temperature at which it happens is called the melting point.

Change of state from Liquid to Gas:

Liquids when heated turn into gas. When you boil water in a pot, after a while, you will notice that the amount of water has reduced, because it gets converted into gas and evaporates in the atmosphere. This happens as the particles in liquid water get enough energy to overcome the forces of attraction, and therefore the molecules separate until it becomes gas. The process in which a liquid boils and changes to a gas is called vaporization.

Change of state from Gas to Liquids:

When you close the lid of the vessel in which water is boiling, you will see some water droplets on the lid. This is because vapor came in touch with the cooler lid surface, so it lost its energy and it no more had the strength to overcome the forces of attraction. The process in which gas turns into water is called condensation.

Carolina has been a biology supply company, associated with schools, colleges, & home-tutoring groups. Many K-12 educational institutes in Dubai and GCC regions, trust Carolina for their laboratory set-up and rely on its learning modules, to make Science more fun for students.

Carolina’s module on ‘Properties and States of Matter’ is specially designed for students of Grades 6-12. The learning kit includes a set of visual, digital, and hands-on resources to support teacher instruction and provide students with the skills to master key concepts on properties and states of matter. When kids conduct experimentation themselves, they feel more confident and are able to grasp concepts well. If you reside in the UAE, across the Middle East, simply send us a request and we will arrange for a demo at the earliest: