Phases of the Moon: A New Generation of Sky Watchers 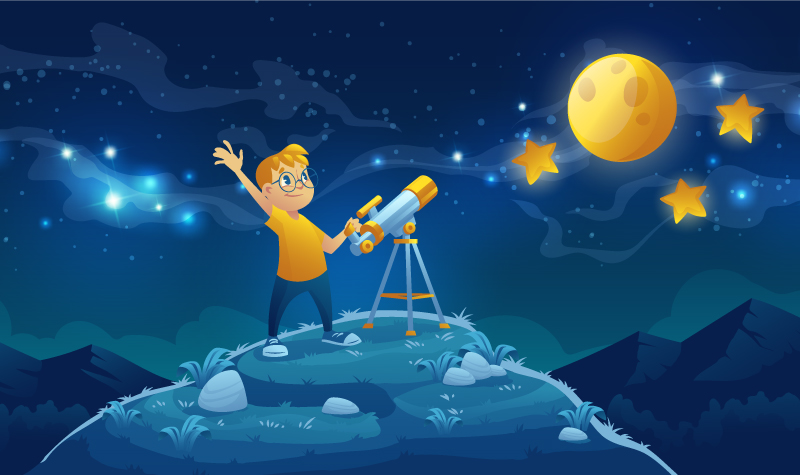 Phases of the Moon: A New Generation of Sky Watchers

Observing the moon is one of the most fascinating activities on earth and not just for fellow astronomers worldwide but also for us. The moon evidently appears to change shape over time and this phenomenon leaves children gleaming with wonder, doesn’t it? In order to satiate their intrigue, schools across GCC, UAE, Dubai, and the Middle East are incorporating effective ways of teaching astronomy.

Throughout the month, the Moon appears to change its shape and this phenomenon is commonly known as ‘Lunar Phases’. The Carolina Building Blocks of Science® A New Generation: Sky Watchers is a unique kit that allows students to effectively understand the phases of the moon and analyze the repeating patterns. The kit comes with a special teacher’s guide, all the necessary supplies, and apparatus for a class of 24 students. Unlike other spectacles of the universe, the Lunar phases of the moon are strikingly obvious as they are simply the visible sunlit area of the moon, which makes learning about it further interesting. There are 8 phases of the moon and you will be able to immediately recognize them as soon as you learn about them. 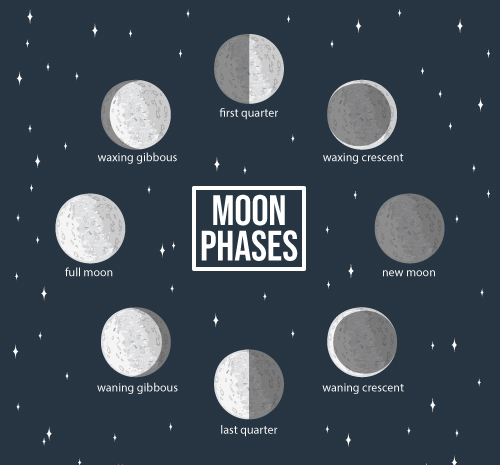 1. New Moon: During the first phase, the side of the moon facing us is not illuminated by the sun so it is not visible to us at all. Not many of us know that during this phase, the moon is not up at night but in the day, however, we cannot see it with our naked eye.

2. Waxing Crescent: This is when the moon starts growing into its crescent phase. You will be able to see a silvery crescent in the sky right after dusk.

3. First Quarter: 7 days after the new moon, it enters the first quarter. In this phase, only half of the moon is visible to us in the evening and then it sets shortly after. With The Carolina Building Blocks of Science® A New Generation: Sky Watchers kit, students all across GCC, UAE, Dubai and the Middle East are able to analyze this transition in detail and understand the moon’s pattern.

4. Waxing Gibbous: This phase of the moon is as interesting as its name. The moon appears to turn into a gibbous shape and almost all of it is visible except for a dark silver line. During this phase, you will be able to notice the moon in the afternoon as well.

5. Full Moon: During this phase fellow earthlings can see the entire surface of the moon that faces the earth as the sunlight falls upon it completely. It rises just as the sun sets and it is the brightest phase of the moon which is often a beautiful sight to see. The Super Moon is another phenomenon that takes people by surprise because the moon looks larger than usual, as it is the closest in its orbit to earth.

6. Waning Gibbous: Right after the beautiful full moon, the shape starts to get a little smaller. You will be able to sport the waning gibbous later at night and in the early mornings.

7. Last Quarter: Similar to the first quarter, only half of the sunlit surface of the moon is visible in this Lunar phase. However, the interesting part is that it can be easily spotted in the daytime sky as well.

8. Waning Crescent: This is the last phase before it enters the new moon. Only a small silver line is visible from earth and towards the end of the 28-day cycle, it vanishes almost entirely.

Lunar Phases are a beautiful display of the universe’s phenomenon and it indeed evokes a sense of wonder among early learners in turn giving birth to a whole new generation of skywatchers.