Using an Abacus to Teach Basic Counting, Addition and Subtraction 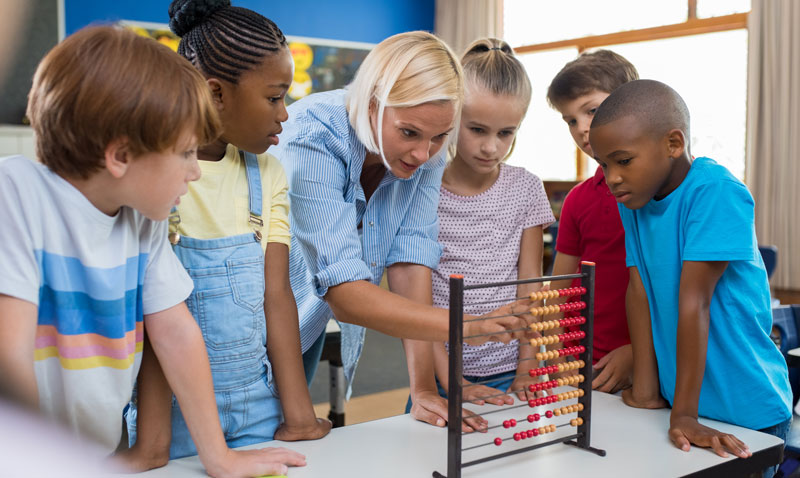 Using an Abacus to Teach Basic Counting, Addition and Subtraction

Abacus is better known as Abundant Beads, Addition, and Calculation Utility Systems. There are many ways to teach math to kids and the abacus happens to be one of them.  It is a manual calculating tool that dates back to as old as 2700-2300 BC. The abacus has been used by ancient traders and merchants across continents of Africa, Asia, and the Middle East including the UAE before the adoption of the written Arabic numeral system. Around the world, the abacus has been used in pre-school and elementary school to teach the numeral system and math.

In the current day and age where electronic calculators and computers have a dominance, abacuses are used in many countries. We may question the need to use such a device when we have modern systems today. The answer to that is, much as children must avail the new technology but at the same time, we do not want them to completely rely on the latest gadgets and while they learn how to use a tool like an abacus, they are exercising their brain much more for analytical reasoning. It removes their fear of numbers from an early age. Moreover, a huge benefit of this tool is that it can be used by differently-abled visually impaired individuals. 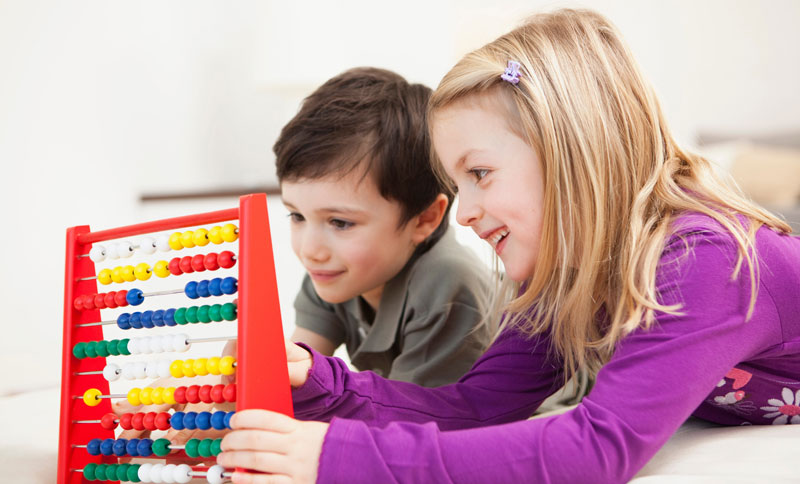 The generic abacus is a colourful mechanical tool that attracts children, increases their knowledge of basic math operations, and is used to explain functions such as counting, addition, subtraction, and division. It can also explain fractions and help to find square and cube roots. The abacus comes in various sizes and is usually made of hardwood and some are made of plastic. The structural frame of the abacus has a series of vertical rods on which a number of colourful wooden beads can be made to slide freely strung on a wire. These beads are the ones that are attractive for the user. The beads are moved with the aid of the index finger or the thumb of any hand. Thumb and index are called butterfly fingers. A horizontal beam is the one that separates the mainframe of the abacus into two sections dividing them into unequal parts as the upper and lower deck.

Abacus is a Latin word that means flat surface. Each rod represents a different place value and each bead represents a number. These beads can be moved along the rods.  The sliding beads that represent numbers have a ones place, a tens place, a hundreds place, a thousands place, so on and so forth.

Beads are considered to be counted when they are moved towards the beam that separates both the decks. While these beads are fun for children, what they mainly do is, instill math concepts in their minds through their sense of touch and feel of the texture.

It strengthens their mental maths skills, improves concentration and visual memory, and boosts their confidence. There are about 8 levels in the abacus. These abacuses are easily available across kids’ shops and game stores in Dubai & GVV Countries, or around the world. Each abacus mostly contains approx. 100 beads and this tool is used with children generally aged 3 years and upwards.

Value 0 is depicted by the way the beads of the abacus are arranged in such a manner that one knows its value is 0. They will be in their original position, meaning that no beads will be touching the horizontal beam. The heaven beads will be upwards on the top and the earth beads will be downwards at the bottom. So, by just one glance at the abacus tool, the child knows the value is 0 and now it can start moving the beads to count or perform math calculations.

Similarly, subtraction is explained with simple two-digit numbers. For E.g., 100 – 50. To get the answer for this we would need to take 5 tens from 100. The tens column shows 0 tens. We need to then borrow 5 tens from the 100 column because it is a greater number. Since we borrowed 5 tens, we have to give away the abacus 5 tens. We can do this by bringing down the bead representing 50 and clearing the bead representing 100 on the third row. That brings us to 50 which is our answer. Going beyond, many other complex calculations can be performed on the abacus.

‘Mathseeds’ is discovering a fun way to grow your child’s math skills. It teaches kids aged 3 to 9 years, the core maths and problem-solving skills needed to be successful at school with highly interactive and rewarding lessons. ‘Mathseeds’ combines highly structured lessons with motivational elements that keep children engaged and keen to learn. Kids can start learning with ‘Mathseeds’ anytime and anywhere with a computer or a tablet.