Benefits of drag and drop coding for kids 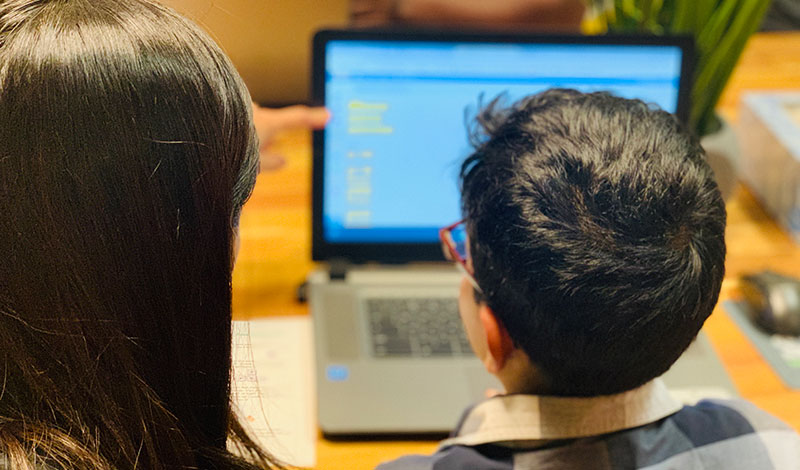 Benefits of drag and drop coding for kids

Block-based coding uses “blocks” of code which can be dragged and dropped onto a work environment and pieced together to make meaningful programs. It requires no tedious typing of memorization of syntax which makes it especially suited for children. It is an entry-level activity, where children can gain a foundation in computational thinking through visuals as opposed to coding that is based on text. Some schools in Dubai have started to teach their kids Block-based coding, especially from the age group of 10 to 12 years of age, for development to further its usefulness. The “blocks” mentioned above are “chunks” or “pieces” of instructions a user is putting together in order to tell their creation what to do.

Drag and Drop coding allows the coder to drag blocks or icons containing concise commands that are easy to understand. The blocks are usually colour-coded, allowing your child to group blocks with similar functions together. With block-based coding in a program like Scratch, kids can let their imaginations run wild, and bring what they create to life with animation and storytelling. For example, in Scratch, kids can make Clicker games, Chase games, Pong games, Make-It-Fly games and Adventure games. Schools in the Middle East, especially UAE and other GCC members, have become initiators in educating their children in Drag and Drop coding early on in their childhood, as it has demonstrated significant mental growth and shown benefitting their lives all-round.

Children who start to learn coding and programming at a young age, they can easily get bored by the tedious syntax-based programming, but with Drag and Drop coding, they are given a free medium to channel their imaginations into a more visual product that keeps them focused. Drag and Drop programming is more straightforward compared to text-based programming, hence reducing the need for your child to understand syntax. This gives your child more brain space and time to strengthen their logical thinking and programming concepts. Logical and analytical thinking is an essential skill of a good programmer, and it is applicable no matter what programming language one decides to use in the future.

Usually, the process of coding seems lengthy and tedious since any one writing the code has to write every single line of it and also memorize the rules of writing code. However, with Block-based coding, this process becomes much easier and quicker as the visual aspect of it also helps in making the process smoother and crisper when it comes to programming lengthy projects. Since these coding languages are made by engineers for use by other engineers, many people with no formal training can now have a way to learn coding in a short time, to work on small applications. Block-based coding is the solution, as it is very intuitive and needs no formal training to be good at. It is simple and any first-timer can pick it up in a matter of days.

Visual is better than text-based coding

Block-based programming, which is visual in nature, offers relief from worrying about syntax errors since the only kinds of mistakes that can be made are conceptual ones. This feature allows a shorter development time and the software can be easily maintained. Visual Programming makes use of blocks that demonstrate easy programming concepts. Syntax and simulation are easily shown through Block-based programming, which can be compared to the pieces of a jigsaw puzzle. Hence, Block-based programming is beneficial for children to start with. It makes the application of logic very intuitive and there is no need to learn difficult concepts that are required by other high-level programming languages. Children can quickly and very easily learn to run programs and unleash their creative endeavours.

In conclusion, Block-based programming, which has a visual way of teaching kids, has shown to be the more child-friendly programming language as compared to syntax-based coding. Many people are now starting to realise the benefits of learning Block-based coding, and have begun to adopt in their school’s ways to teach their children the programming language. If you are interested in getting your child started on block programming, here are some resources you can use:

The ever-famous LEGO® Education too makes use of block-coding to power Robots and make vehicles move through easy programming languages. Even a child who is just starting to get familiar with computers, can now build a railway network scene and set the wheels of the train in motion through Lego’s Coding Express using easy drag and drop code features.

The Knowledge Hub
2021 © All Rights Reserved