Upskill & Grab the Opportunities of These Highly Popular Foreign Languages 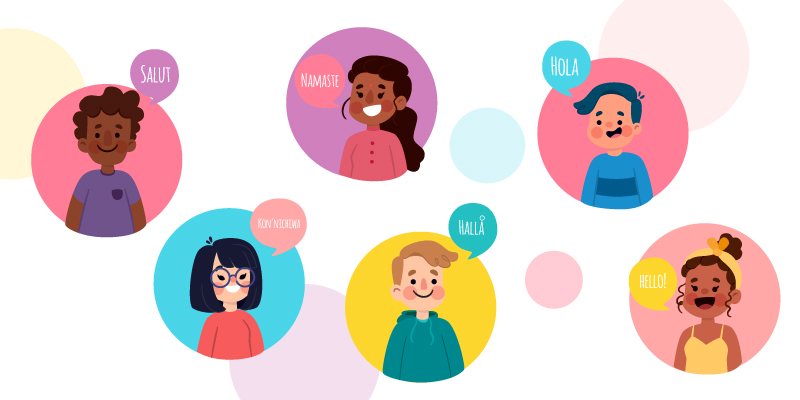 Upskill & Grab the Opportunities of These Highly Popular Foreign Languages

What do we first associate with the word language? Wouldn’t most people think of their mother tongue being their primary mode of communication? Sure, it is and none can take away the essence of one’s own language that is so dear to them, that they have known and received beautifully from their parents or guardians. That language becomes their way of being. Then as a child gets into school, he or she is introduced to more languages and their mother tongue may or may not constitute in that list. Those would be languages specific to the state or region or would mainly be the national language of the country. For E.g. If one is a resident of Dubai of the United Arab Emirates, their mother tongue could be Pashto whereas the official language of the Middle East and most GCC countries is Arabic. To some, Arabic may be their mother tongue as well as their first language in school. Then would come the second language offered by the school and so on and so forth. English is the most popular second language in the world, with about 1.4 billion speakers. So, generally, a child would learn three to four languages in school, and out of those possibly one or two could be foreign languages learned either by choice or made mandatory as part of the curriculum.

The question that arises is, why is there a need-to-know foreign languages? When one is born and bred in a particular country, they generally live there for a sufficient amount of time, get their education, earn their livelihood, start a family of their own and lead a great life for which the languages they have known since childhood are enough to suffice them in their personal and professional space. Is there actually a reason to upskill? Of course! Yes! Not one but many and we will tell you why. Learning new languages can be the most fascinating and can bring along life-elevating experiences going beyond the comfort zones of one’s caregivers and alma mater, just the individual must be eager to acquire knowledge and seize opportunities and hence would befriend unknown languages. There is never an age to learn. A child could start learning multiple foreign languages of his or her preference from a young age or one can even upskill later post-college or even at work or otherwise. Knowing multiple languages gives one a sense of liberation, extreme pride, and happiness. To be able to learn to read, write and speak world languages is a gift that needs to be constantly practiced and nurtured. 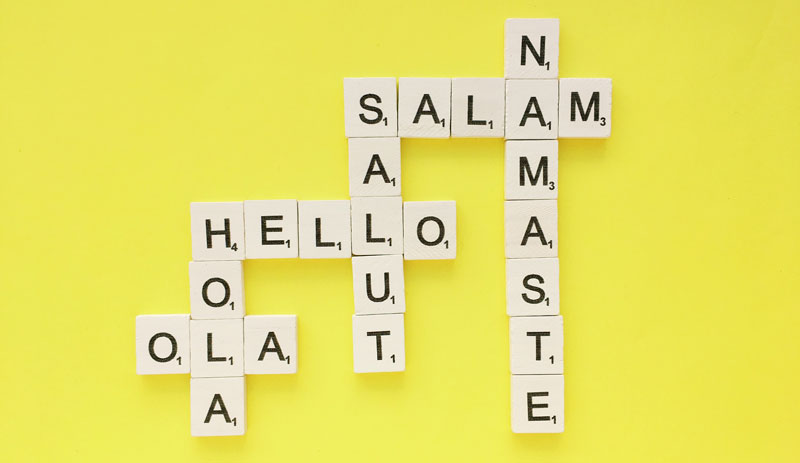 If ever the thought of migration crosses one’s mind or if a person wishes to study or work abroad or just wants to be an avid traveler, knowing additional languages is always a blessing, comes in very handy, and is super helpful. Not only can the person help themselves but also the companion, friend or family member traveling along with them, should they not know the language of the place. The crucial point is that nobody can take undue advantage or fool you for whatsoever reason and you can smartly handle the situation. Moreover, you can never get lost in a foreign country and can tap the maximum avenues to enjoy and have an amazing time, just with the greatest benefit of simply knowing the language. These are sufficient reasons to urge you to take up another language. More the merrier.

If you ever thought that you would never have the need to move out of your country for any reason and it is not important to know additional languages then think again. Let us assume a situation wherein you are in your home country and are at your workplace and your busy senior suddenly asks you to welcome a French delegation of top-notch associates. Wouldn’t it be a collar on your sleeve if you knew French, at least the most frequently used words for communication, to begin with? With your humble attempt, not only would you make your guests feel warm and inviting but it would show immense gratitude on your part to speak a little of their language. Similarly at work, again in your own country, if you had to visit a foreign restaurant with your international colleagues, you would need to know the basics of the language of the people you are surrounded with as in certain situations, even English would not come handy, though it may be the most widely spoken foreign language across the world. Whether it is your native country or while being in a foreign country, in any case, it is a must to know other languages.

We bring to you below, apart from English, some highly popular foreign languages and we hope this motivates you to definitely upskill and there will indeed be a host of opportunities that you will be able to grab along the way for sure.

As we stated the above example for you, we would like to further mention that French is the second most widely learnt foreign language in the world after English. French is the official language of 29 countries, the renowned ones being Switzerland, Tunisia, Canada, and the obvious France.

Much as for English, Chinese is also the most widely used language in the world spoken by about 1.2 billion people in comparison to English like we told you is about 1.4 billion. Chinese isn’t that easy to learn. It has various dialects; however, they use the same writing system that helps one to communicate with speakers of other dialects. Mandarin is the official state language of China and a dialect of Chinese so it would be fantastic to master it with great practice.

It is the official language of about 20 countries and Spain is quite popular as a destination owing to its culture that is rich in dance and sport. A sizable amount of people even in the United States speak Spanish. There are a good number of fabulous shows and movies to watch on the internet with Spanish as a language and hence the popularity to learn and know it.

Again, it is not a very easy language to learn as it has rigid grammar rules but the observance is that the ones who speak English may find German quite familiar as they belong to the same language family. It is widely spoken in Austria, Switzerland and of course Germany and also in the entire European Union. Germany is one of the best countries for business, art, and literature.

It is one of the most widely spoken languages both in and outside of Europe. It is spoken across Russia, Georgia, Belarus, and Ukraine. Russian is one of the six official languages of the United Nations. The US government has identified Russian as a priority language. Russia is rich in history and knowing the language will give further insight into the works of famous people such as Tolstoy and many more.

It is a language that is mostly spoken only in Japan and is very difficult to learn as there are three writing systems in the Japanese language and it too has the most complex grammar. However hard the language may be, the challenge is to still conquer it and know it since Japan is undoubtedly a beautiful place to visit, do business with their people and the applause-worthy virtue of the Japanese is that they are supremely punctual. When it comes to technology, they have proven to be one of the most innovative nations of the world.

“Reading Eggs” – Where children learn to read! It is an amazing online platform that makes learning to read, easy, and fun. They engage kids with great online reading games and activities. Children love these games, songs, golden eggs, and other rewards which, along with feeling proud of their reading, really motivate children to keep exploring and learning.