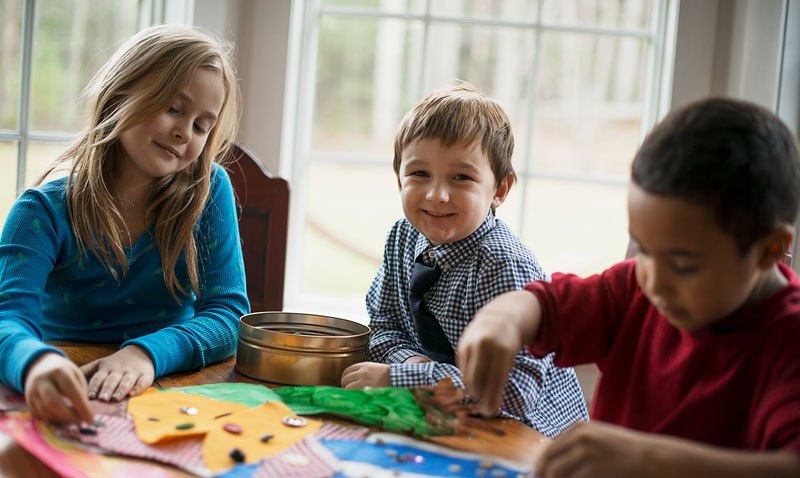 Maths is a daunting subject. It is dreaded by most kids in their formative years of school. In actuality, fear should not be present in the first place and Maths can be fun too. The concepts must be instilled in kids in a manner that is intriguing and which would develop their liking for such a tricky subject. Then it would be smoother along the higher grades as they progress with complex topics. How would this be achieved? One of the best ways to initiate a solid foundation, would be to smartly integrate Maths along with Art and Craft. Many educators in Dubai, the UAE, and the Middle East, in the GCC countries and across the globe follow this widespread approach. It is an interesting blend of explaining a relatively difficult subject like Maths with the use of creative Art and Craft that is loved and enjoyed by a majority of young kids. This kind of inclusive learning boosts their memory, enhances their creativity, kids certainly grasp better and retain the knowledge for a long time. We have mentioned below some delightful Maths Art and Craft projects for kids.

The basic concept of addition in Maths is taught to children with this elementary art activity of drawing beautiful plants on paper. The petals of the flower and leaves of the stem would be used to convey how addition happens. Plants will have multiple flowers and their corresponding stems with leaves. Kids would be made to count the number of petals they have drawn on the flower and the number of tiny leaves drawn on the stems. Then they would be made to sum up the petals and leaves on each different flower of the plant and declare a total. Later they would add colour to their cute creations. So, art and craft through drawing and colouring and maths through counting and adding makes an engaging activity.

In this activity, each kid would be given 4 white paper plates. Then they would be made to stick different coloured paper onto different plates and cut out the round shape correctly, trimming off the extra paper. Now they would be learning Maths fractions like 1, 1/2, 1/3 and 1/4. Each coloured plate will have 4 separate fractions written on them and as per the number division the plate would be cut off in those many pieces. E.g., 1 – The plate would remain whole as it is and for 1/2 – The plate would be cut into 2 pieces, likewise for the other fractions into 3 and 4 pieces. So, they are learning Maths concepts, experiencing joy with craft and colour, and are developing motor skills too.

Kids get to make fun stick characters on paper using ice-cream sticks and alphabets. Here the maths concept of Odd and Even numbers is introduced to them. So, they are asked to make 2 guys, one would be Mr. O and the other would be Mr. E with each letter drawn out big with sketch pens on paper. Then the ice cream sticks would form each characters’ body, hands, and legs. Mr. O would have numbers 1,3,5,7 written on him and Mr. E would have numbers 2,4,6,8 written on him. In this manner they are taught this concept of odd and even numbers, initially beginning with single digit numbers and then teachers can move to higher odd and even numbers all with art, craft, fun and play.

This particular activity is to help kids learn shapes of objects which are later going to be used in Maths calculations and theorems such as square, rectangle, triangle, circle, and a 6 faced cube. Colourful plastic beads of these different shapes are given to them. These beads have pre-cut holes in them. Kids are then made to pass strings through the holes to make creative necklaces out of the many shapes. Hence this becomes a great activity along with knowing shapes, colours, and making lovely art and craft abstract necklaces with beads.

‘Mathletics’ is an amazing mathematics platform for educators and learners. They support learning for students in the classroom and home, through interactive activities, games, and challenges. They offer students the chance to put their mathematical skills to use through relevant, attention-grabbing activities. It is the perfect mathematics engagement program for schools and homes.