Basic Guide to Trying Your Hands at Animation 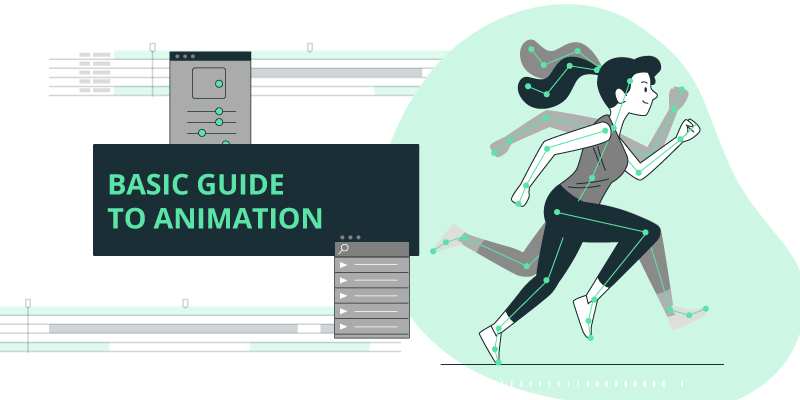 Basic Guide to Trying Your Hands at Animation

When we hear the word animation, doesn’t it magically transport us into the imaginary world of our most loved characters? Thinking of some of our favorites like Aladdin, Alice, Chip and Dale, Cinderella, Donald Duck, Mickey Mouse, Peter Pan, and plenty more, they truly take us a trip down memory lane as we relive our childhood.

The world-renowned animator and the magnificent creator of these characters, Walt Disney once said, “Animation offers a medium of story-telling and visual entertainment which can bring pleasure and information to people of all ages everywhere in the world.” Animation does get one to dream and build a zillion illusions.

So, what does it actually do that gets us fascinated? Animation is a technique in which still figures are made to move at certain frames per second that lead to an illusion of continuous motion. Earlier, animations were initially shown in analogue mode through TV and video players, and Flash and Gif techniques were used. Since the time animation has been invented, it has progressed by leaps and bounds and has evolved digitally.

Now the electronic instruments play the animation in the digital mode. Presently, most of the animation work is done through CGI which is computer-generated imagery. 2D computer animation is used for low bandwidth and faster real-time renderings.

3D animation is much advanced and is done with a heavy amount of detailing. Usually, cut-outs of paper, clay figurines, and puppets are used and these objects in 2D and 3D are recorded and then played in a sequential manner.

The animation effect is applied to them by moving them in that desired sequence but the transition between the images is extremely quick and it is so fast that the human being cannot possibly make out that transition with the naked eye. Under the animation umbrella, there is tremendous more to learn such as animation through motion graphics, stop motion animation, collage imagination, rotoscoping, etc.

Animation is widely consumed in Dubai, UAE, in the Middle East and GCC countries, across the West and Asian zones, and basically almost across the globe mainly for entertainment purposes. Children are crazily excited when an animated show or movie is about to be released. Likewise, adults too love watching animated content.

Animation is a booming business and is present in areas of advertising, architecture, creative arts, education, engineering, entertainment, gaming, in scientific visualization, manufacturing, marketing, medicine, retail, simulations and many more.

Hence there are now a considerable amount of bright young people getting into animation to build their fantastic careers and further ignite their creative geniuses and churn out amazing creations. Does this give you a spark to explore and learn animation? 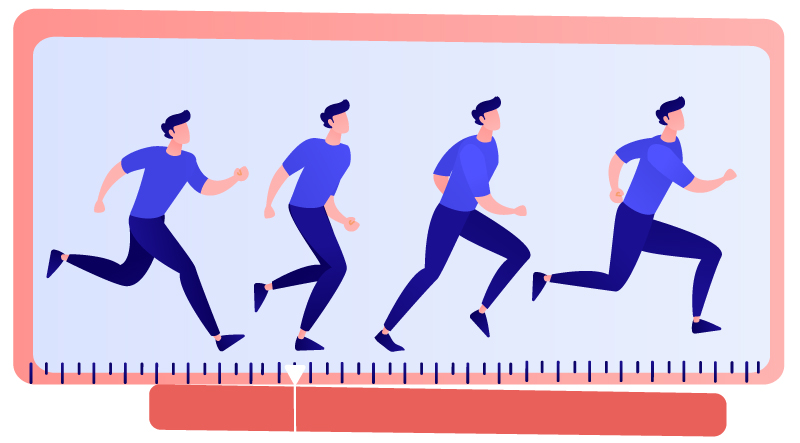 Firstly, let us get you acquainted with commonly used terms in animation which are:

This is the major element that depicts the animation’s progress with time and it largely depends on the software of the user that utilises the timeline to make changes to the timing used in the animation according to the placing of the objects.

This is an adjustable setting in any animation software but the usual animation is done in 24 frames per second which is better known as FPS. It is basically the number of images or frames that are shown over the period of that one second.

The first is making a new drawing over every single frame of animation and the second is holding any drawing for two frames, so one second of animation at 24 frames per second would only be 12 drawings, not 24.

This refers to one specific continuous piece of animation in between camera cuts.

These are also referred to as keys in the animation drawings which are important poses that define a particular scene.

These come between keys and define what the motion from key to key will be.

These are all the frames that come in between to smooth out the motion.

This means the total number of frames that will be used for a movement.

This is how spacing is controlled, usually through a motion graph on the timeline.

This lets the animator see semi-transparent representations of the frames behind or ahead of the current frame one is working on.

It is the process of putting all the individual pieces of a scene together to create the final visual output.

Now let us look at the major guidelines in animation which are:

Squash means the object is getting compressed by an impact of an opposing force. Stretch means when the object is expanded by something pulling on it, or by moving quickly.

This describes a smaller movement that comes before a major one, and signals that the major movement is going to happen.

It is presenting the shot in such a way that makes the content of the shot as clear and strong as possible.

4.      Straight Ahead in opposition to Pose to Pose

Both use different approaches to animation. While the former means to create each new frame in a sequence from beginning to end and the latter means to create the key poses for each action first, and then filling in the in-between poses.

Both of these refer to the tendency of different parts of an object to move at different speeds.

This refers to the nature of the objects to gradually accelerate and then decelerate when moving from one position to another.

Under the rule of arcs, it is usually understood that living things do not move in straight lines, but rather in a curved fashion. When the arcs are elegant and clear it uplifts the animated item and shows the proficiency level of the animator.

This refers to the smaller movements that make the shot clearer by laying emphasis on the goal behind the movement. They support the primary actions of an object.

This controls the speed of the action through the number of frames that are used to represent it.

This represents an object in the most extreme manner rather than being realistic to the animation.

In this step, the objects are positioned in such a way that it creates a sense of volume, weight, and balance.

This describes the qualities and design of the character that makes it riveting to watch.

‘TechnoKids’ integrates technology into the curriculum using technology projects. They have published a collection with ready-made lessons. Each project includes a teacher guide, a student workbook, and customizable resources. The instructional materials are ideal for computer instructors, classroom teachers, home school educators, media specialists, and librarians. They blend the project-based activities into an existing curriculum unit, combine technology projects to form a course or teach a set of lessons as part of a workshop series. In their senior curriculum for high school students, they have ‘TechnoAnimate’ as a program that helps to create an animated space story with Adobe Animate CC lessons which is animation for beginners. They use motion tweens, shape tweens, motion paths to make scenes come alive.