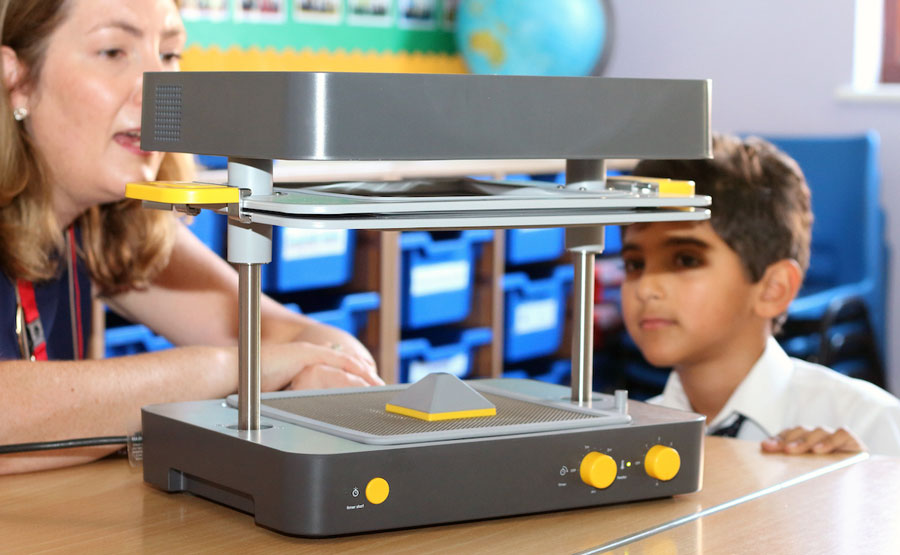 Maths and Science aren’t considered the most interesting subjects by many students. And it’s due to the nature of these subjects. They are demanding subjects and require a lot of practise, which is something students rarely enjoy doing.

For several decades it has been a challenge for teaching professionals to make Mathematics and Science a little more appealing to learners across the world, luring them with pictures at first, and then came in videos. And now with the 3D printing technology becoming accessible, teaching can finally be more than just observing.

3D printed models allow students to interact with them, resulting in a more direct approach to learning. An atom does not need to be imagined by the student if a 3D model is used to actually depict it. A curve on a graph doesn’t sound interesting to a student, but a 3D printed curve does. And this is just the cherry on the tip of the various advantages of using 3D printed models in education. Here are some reasons it’s a great idea to use models to teach Mathematics and Science:

By the stage of development at which 3D printing technology is by now, it is easily possible to 3D print just about anything. This ability to create induces a wow factor to whatever subject or topic a student is learning. It not only increases their interest in the subject, but also helps them throughout the learning process as a motivation to learn. Much of the motivation to learn in young students is not application based. If they are having fun while learning, they will learn well, and if they’re not having fun, the chances of them retaining the same information is far lower. Keep the learning interesting with 3D models, increasing how much and how well the student learns.

Introducing new concepts to children is sometimes challenging, specifically the younger ones have trouble relating what they learn in classrooms to the real-world scenario. And this problem is solved in an instant manner with the visual cues a 3D model provides. Maths really benefits from this, since a lot of mathematics concepts are abstract. The 3D model makes the learning tangible and simple. When students are able to touch and experience object for themselves, rather than just learning about them, the idea solidifies. For example, everyone knows that the Pythagorean theorem is proved to be true. Now the students can verify for themselves with a right-angle triangle in their hands constructed using the Mayku 3D student’s printer

The world of design

Creating anything requires a degree of creative expression. 3D printed models, and the process with which they’re made commands the student’s undivided attention and promotes creativity amongst them. Getting involved in the designing process allows students to get into the shoes of a creative professional and work their way with real life problems. Finding real solutions to real problems, promotes critical thinking in the students and helps their learning curve.

We’re all 3-dimensional beings and for the longest period of time, we have learned through 2D mediums like books, pictures, videos and more. 3D models add the required 3rd dimension to the learning of the students and in turn improves the way students perceive concepts. With 3D models of mathematics functions and scientific chemical bonds, students are able to see what they otherwise would not be able to. This added layer of experience brings quality education to the table that translates into information the student can use.

Mayku creates solutions that meet with all these benefits a 3D model provides. Being a revolutionary way to teach, the technology is being accepted by several schools across urban landscapes in the Middles East, such as Dubai, GCC, Abu Dhabi, and more. With even greater advancements in the 3D modelling world, it’s getting more and more simpler for the learning of students to go 3D.